That trip into the wide world of color was scary. Admittedly, both items were the same color... Nonetheless, I must retreat back to the warm comfort of black. Sometimes pairing it with the shocking contrast of gray, you know, when I am feeling full-on cuh-razy.


This dress at Esprit.com's incredibly painful-to-use site is only $17.50 with their 30% off coupon. 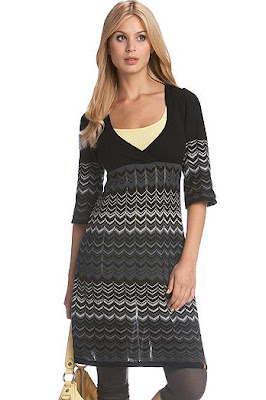 I spent my entire childhood in purple. That means that in nursery I wore a purple pinafore and rode a sparkly purple tricycle. I spent elementary school playing in my purple-flowered room, in a purple dress, or riding my purple bicycle, wearing a lavender windbreaker . And because my childhood, apparently, continued straight through high school, I had a purple curling iron, purple lipstick, purple moccasins, and, so sorry to say, purple heart-shaped glasses that, even now, I cannot convince myself were ironic. Purple sweater, purple eyeshadow, purple earrings (again with the hearts). It really is no surprise that I spent my twenties in various shades of black.


But lately I have come around to the idea of a touch of purple as an accent color, to the notion that one can enjoy wearing a color without extending the theme to include mascara (you didn't think I missed out on plum mascara, did you?) and eyeliner, (lavender, on the inside of the bottom lid, of course). Here are two awesome purple suede purses, for $15 and $80. Either is big enough to slip in a small purple notebook and purple glitter paint pen. 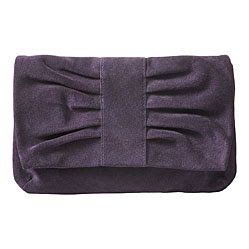 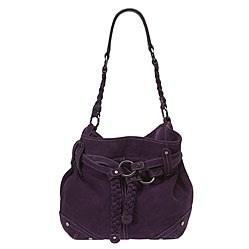 The Legend of Brooklyn

Once upon a time, many years ago, as far back as the late '90s, in a faraway village called East, there lived a group of twentysomethings. They were all recent college graduates, some from Pratt, some from NYU -- though the latter would be quick to tell you they were in Gallatin, and all bankrolled by parents they liked to pretend they didn't have.
They were happy in their little Village, and rarely left, until one fateful day, when the Villagers found themselves with a lot of time on their hands. You see, unsuccessful dotcom start-ups pretty much ran themselves, they couldn't watch TV because they all pretended they hated TV, and none of the Villagers was due to get a new face tattoo anytime soon. So they decided to go on adventure.
"Where should we go?" cried one, as she fiddled with her lip ring.
"We could go West," suggested another.
"No, not West! West is the Land of the Men Who Are Gay Unironically. We cannot go west," explained the first.
"How about South?" offered a third Villager.
"No, not South! I had Chinese for lunch," said another, running his hand through his dreadlocks.
They all knew they could not go North, for they were afraid of North. North was the domain of the People in Suits, and the Villagers were terrified the People in Suits would trap them in their cubicle dungeons. So that left only . . .
"East? How can we go East? East is only water!" wondered the Villagers.
"Then we will CROSS the water!" declared the bravest of them all.
So they all put on their tightest jeans, and packed some kimchi for the road, and departed on their journey to cross the water, which they did via the L train.
And lo and behold, once they made it to the other side, they were rewarded for their bravery and cunning, for the found a land of riches, a magical land no one had ever seen before. There were dive bars as far as the eye could see, vintage clothing shops on every corner, and not a single Starbucks. Indie music filled the air, PBR flowed like water, and a faint scent of pot tingled their noses.
The Villagers cried in delight, and hugged each other -- but, you know, ironically. "We have discovered the promised land! A land no one has ever seen before! We will call it Brooklyn. Here we can dwell, and open pottery studios!"
And so they stayed, and they live there to this day.
Commemorate their historic journey with this t-shirt, $16 through Sunday. 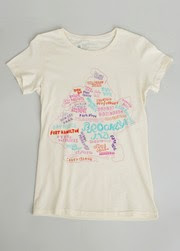 Posted by Amanda at 5:36 PM No comments:

Fold Me Up, Fold Me Down

I love this 'origami' cardigan. The neck is adorned with precisely my type of origami - meaning origami done by those short on skill and patience. The neck is covered in squares with each corner folded down precisely once. But so cute, right? 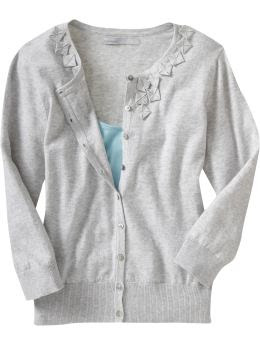 Tank for the Memories

I am supposed to be in Florida right now. Right now, do you hear me?! I am not. I am instead martyring myself for my job. A big, giant February deadline looms, and I have to pretend to be an adult and stick around and see that all the work gets done and possibly even do some of it myself. But every time I put on another layer, or see my hat-head and bright red nose in the mirror after I come in from the cold, I just want to cry.
So, I am going to change into this $14 Lucky tank that reminds me so much of every childhood summer I spent in Delray Beach, home of shuffleboard and clubhouse card games. I will turn up the heat fill the the bathroom with steam and pretend to work on that elusive perfect tan that anybody else with my utter lack of melanin would have given up on at around age 7 but that I somehow still think is almost within reach. 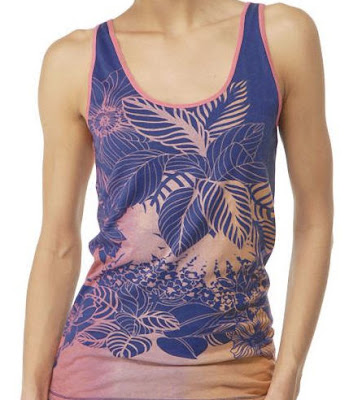 Boots, sports bottles, thermals... what do these things have in common? They are all things I liked so much, I went out and bought more and more and more of them; if one is good, 23 are even better. More is more. At this point I am either a compulsive or a 'collector.' Let's go with the latter term.
Sadly, cords fall into the collectibles category. Admittedly it took 4 or 5 years, but now I need never buy myself another pair. But perhaps you have not discovered the cord. If you, like me, resist dressing up on your days off, then you, like me, will appreciate how a good pair of cords can take over where jeans leave off. And, at only $17, these are bootcut, allowing room for your collectible boots, and possibly a sports bottle or two. 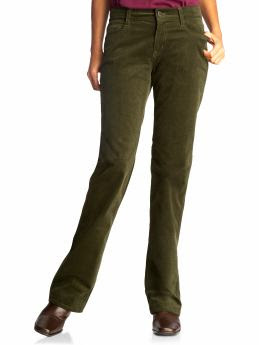 ... and only $20. (Plus, it gave me the opportunity to reference vintage Rod Stewart.)
The bag comes in blue and beige, but obviously black is the way to go. I mean, blue? What am I? A clown?
And now Amanda is now thinking, "If you only were - then you could entertain at bat mitzvahs." 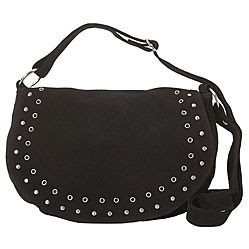