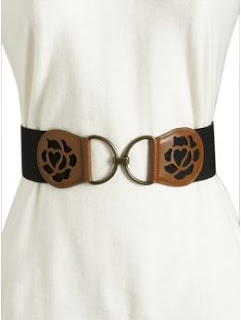 Right around now you may be tiring of your swing-y, smocky dresses. Just how many witty retorts can you come up with to the question "do you know if it's a boy or a girl?" Keep wearing those dresses, just take them in a yard or two at the waist with this bargain of a belt. Of course, you'll have to close down that baby registry. No, really, you will.
Posted by The Luckier Chicks at 9:49 PM No comments: 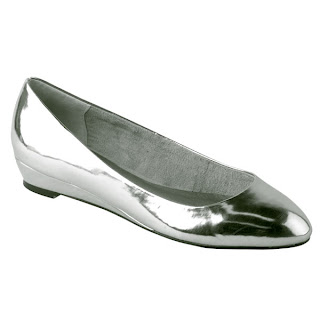 I am finally willing to acknowledge the metallic trend. The metallic trend is like animal print and cargo pants - blink it's in, blink again and it's out, blink once more and they're baaack. So, quick, before you blink again, metallic is back.

And while you really should have metallic shoes from when they were in style 2 blinks ago, you, like me, may have already purged them, thinking you would not blink again. In that case, here is a very cute pair at such a reasonable price you won't feel guilty about re-purchasing them. Anyway, if you gave away your last pair, whoever has been wearing them all this time is now ahead of the trend, and you can congratulate yourself for enabling that feat.
Posted by The Luckier Chicks at 9:40 PM 1 comment:

Over the last several years, cute rain boots have appeared. We welcomed this fashion development, because, until these boots arrived on the wet scene, we were really at a loss as to how to maintain our cuteness in damp weather, especially as we live in a city where walking our most frequent form of transportation.

But... but these boots were all just too pricey. I love the Hunter boots like the next chick- I mean, who doesn't want to pretend they are just getting back from terrorizing an innocent fox out on the moors, but at what price? And, let's be honest, they do lack in the creativity department. These boots, however, preserve your cuteness and your money at the same time.


And, really, if you dream of being Kate Middleton and chasing after the hounds, but really the only hounds you know are those annoying dachshunds owned by that woman upstairs who probably doesn't really think they are her children, even though she refers to them as such and pushes them in a specially designed dog stroller, than you might like this more budget-conscious version of the Hunter boots: 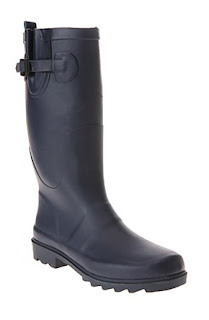 Posted by The Luckier Chicks at 6:42 AM No comments: 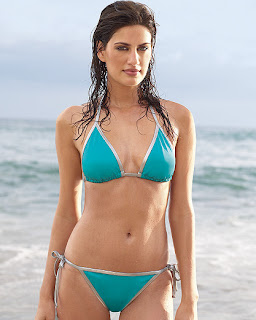 Okay, so this company is kind of old-lady. (My grandma is a regular customer. Hi, Grandma!) But if you're looking for a simple bathing suit, they have some decent options! I mean, this is pretty cute, nice color, good cut, and the whole thing is less than $20 (right now, each piece appears to be on sale for $9.60). You could totally wear that to the beach, and I would not laugh at you or call you Shirley. Unless that was your name.
Posted by The Luckier Chicks at 4:04 PM No comments: 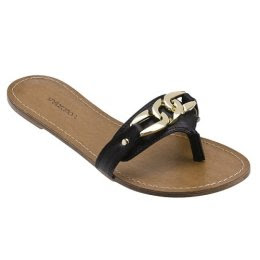 The come in my favorite color, rock'n'roll black, but I have to admit that the fushia is pretty damn pretty. Plus, if you listen to Stacy and Clinton (who apparently disapprove of most of what I wear, especially, but not limited to, my orange t-shirt with a picture of a gorilla on a scooter) a pop of color in your shoes is a good thing.
Posted by The Luckier Chicks at 2:00 PM No comments: 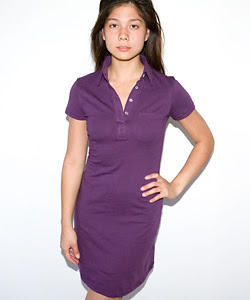 Note: I'm told that some of the light colors are pretty see-through, so choose your undergarments wisely. Luckier does not condone pulling a Lindsey Lohan.
Posted by The Luckier Chicks at 12:01 PM No comments:


I have no idea what we should be writing here. Something about how we love shopping but don't love to spend $250 on a cami or $450 on shoes. You know, because we are actual people in the real world, with actual jobs that pay actual, dishearteningly inadequate salaries. We are not magazine editors who are gifted these items and then write about them as if they were not paid dishearteningly inadequate salaries themselves.

For example - how adorable and luckier is this dress (photo edited for your wellbeing)? 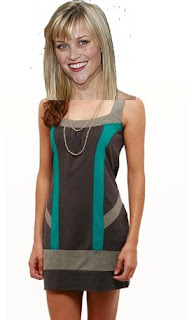 And at $19, you have money left over for cupcakes. We're just saying.

Posted by The Luckier Chicks at 9:32 AM No comments: